As I’ve said previously, we are semi structured and therefore, we do some indoor learning and some outdoor learning.  Recently we went on an organised foraging trip at some local woods.

This was really interesting (to me particularly as we live in a very rural place, so there are loads of mushrooms and berries around). 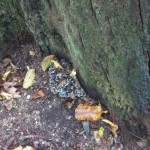 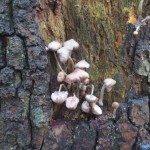 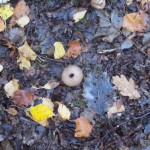 It was a very wet and miserable day but actually in the woods it wasn’t so bad, both Elsa and Anna enjoyed the walk, poking around at the different mushrooms and even finding ones which you’d think would be impossible to see. 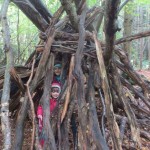 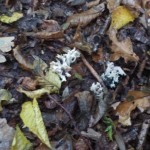 N collected different sorts of edible mushrooms on the walk around the woods and we were able to stop in a little opening in the wood, where she cooked them on this fabulous little cooker.  She had also brought along some crab apple slices with cinnamon, some fruit jelly and oat crackers, and some berry fruit sticks, which she let the children (and adults) all try. 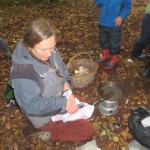 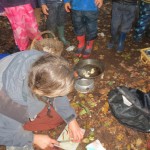 It was a very interesting and fun, if wet, day.