How does gravity work on earth?

We watched some videos about Isaac Newton, forces and gravity.  Then did an experiment using a jar and ball to see if we could cause enough pull to keep the ball in the jar.  Elsa wrote what was happening and why and spoke about it as we were doing it and we did a video of it to upload to makewaves. 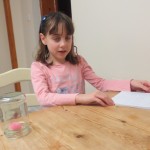 This task needed us to design and launch our own rocket.  After looking at various different ways to do it, Elsa decided to use a bottle and make a cone to create hers.

Firstly she made a cone out of card and taped it up using parcel tape, she then taped it to the bottom of her bottle and decorated the whole thing. 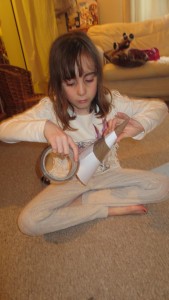 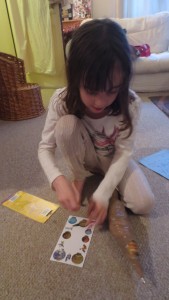 She then put a bit of playdough around the open end as a weight and taped it on. 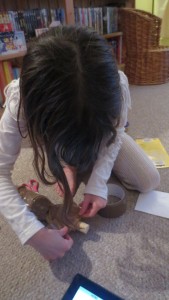 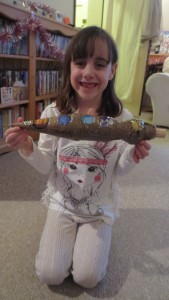 To launch it she was going to use force from the pump and water. 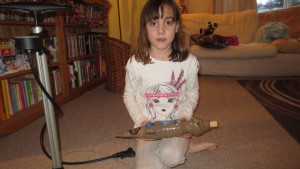 We used between 100ml and 400ml of water for the launches to see which one would work best.  Our results were the less water used, the higher and further the rocket went.  We uploaded a video to makewaves.

Write a letter of support to Tim?

Last task of the challenge was to write a letter in letter format, using full stops, commas and a variety of vocabulary to Tim and post it to him for his return.

Elsa wrote a bit about what she had learned and that she had watched the launch and docking of the Soyus rocket on the 15th December and that she thought the docking would be frightening for them all.  She wished him a good mission. 🙂 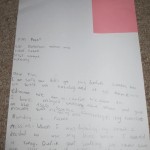 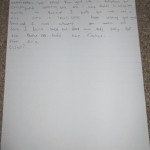 She uploaded all of her work and was issued with not only the launch rocket badge, 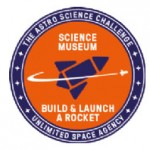 but she has also qualified as an Agent of UNSA 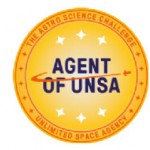 This has been a brilliant, interesting project.

Space Cadet – Living in Space
Christmas Around The World