As you know, I have two children, Anna is at nursery most mornings, so Elsa and I can do all our ‘sit down’ work then, however sometimes Anna joins in with what we are doing and sometimes she doesn’t want to. She’s 3 so that’s fine.

I was mooching around Pinterest, looking for inspiration and I stumbled across busy bags, which are self contained activities either stored in a box or zip lock bag (hence the name), which Anna can just grab from her tray and do on her own.

I already had a few bits which I’d bought and was already using but put them in the bags so they were easier for her to find. 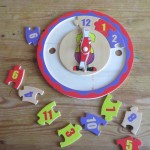 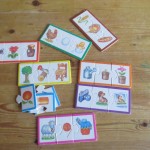 I then created Lego pattern cards and sorted out all the lego bricks she’d require to do it. 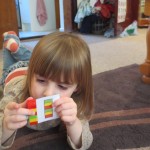 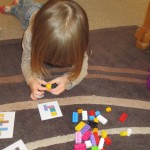 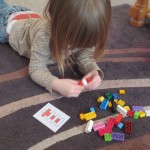 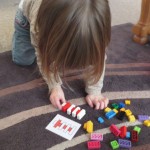 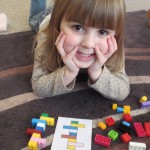 Then I had a look at this lovely website for some other ideas.  I’ve used the bottletop barnyard (but used big counters instead of the bottletops as they were super cheap on ebay), and the cupcake decorating ones so far, but there are loads of fabulous ideas. 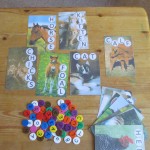 I’ve also printed clothes peg alphabet wheels from Confessions of a Homeschooler, however, Anna prefers the pictures to the letters.  I think this is because the letters are backwards on the wheel to on the pegs (something to sort out when I get some free time). 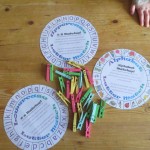 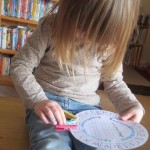 Anyway busy bags have been a wonderful, helpful addition to the resources we use. I will be adding more as they are relatively easy and cheap to make up.