Lesson 3 of the Famous Artists curriculum, and this time it’s Henri Matisse.  Elsa researched him and we chatted about the different styles of art he did.  He is most famous for his painting/drawing with scissors which is basically a collage.  He used a lot of organic shapes and very few straight edges.  We had already done a name panel in this design so we decided to do his banner style this time.

Elsa decided one half of her banner was going to be a superhero style cutouts with Batman, Dangermouse and Star Wars all making an appearance.  The other side was more organic and like the style of Matisse a little more.

To start with she cut out different coloured rectangles and stuck them down in two strips, then cut and placed the various things she wanted to put on it to see how they fitted.  After moving them around for the best look, she stuck them down. 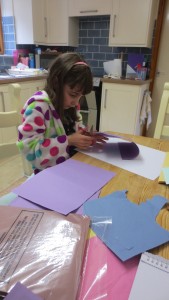 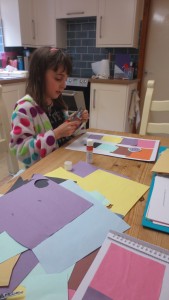 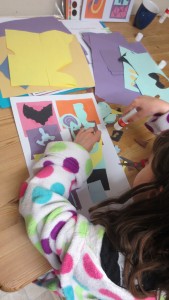 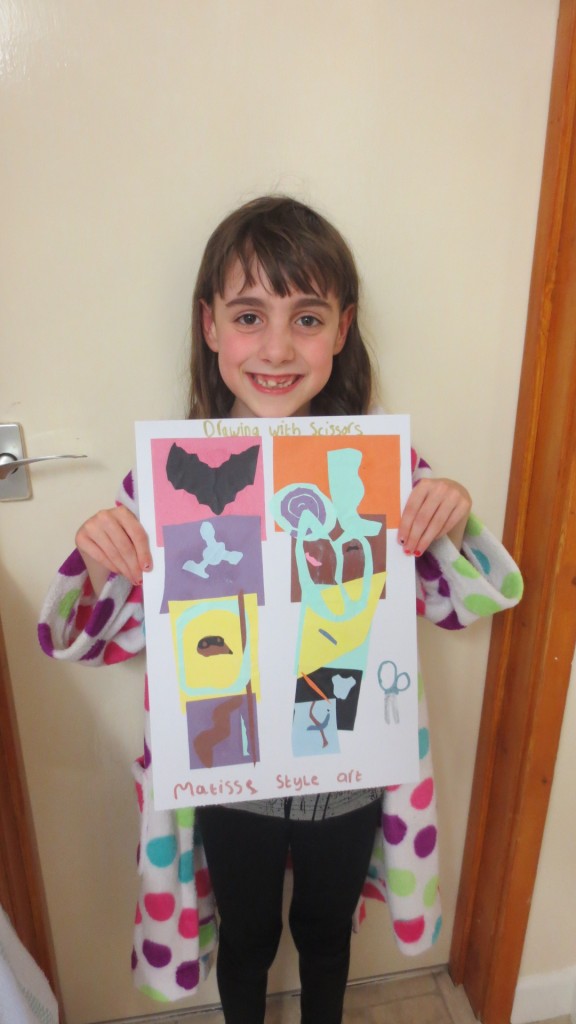 This was great fun.  I know that because I did one too. 🙂